People are different from other living beings in the sense that they possess the ability to think abstractly and express themselves metaphorically, which is what enables us to have art today. Painting is the most popular and widespread form of art, from prehistoric times to the present day; throughout history, people have been doing it, and naturally, various painting styles occurred as a result of every generation of painters trying to create their own unique way of expressing themselves and reaching the observer. In this text, seven of the most popular painting styles in history are listed in no particular order. 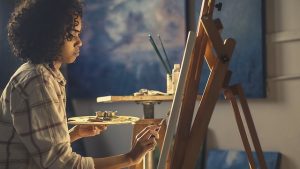 When most people think of art, this style is what comes to mind. A realist painting describes the scene almost perfectly, with practically no detail left behind, but it still manages to give off the impression that you are still looking at a painting. In this way, your artistic curiosity is satisfied, as well as your brain, which is not confused by the sight, as may be the case in some other styles.

These paintings look like giant high-definition photographs, with almost nothing pointing to the fact that it is actually a painting, aside from the artist’s signature in the corner. No detail is unimportant; everything must find itself in the painting. This style became popular in the 60s and 70s in the US.

Impressionism appeared in the second half of the 19th century in Europe, mostly through the effort of artists like Claude Monet, who wanted to capture the light playing with objects in a way that differs from the realist worldview. Their rough and coarse way of depicting things in their paintings was very unusual at the time, which is why most critics hated it. However, the whole world came to love this unique style that is equally based on real objects and the artist’s internal view. 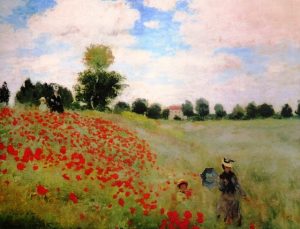 When we began with realism, we said that the observer’s brain has no dilemma about what it is seeing; however, this is not the case with surrealism. Surrealism deforms the object and takes it out of the usual surroundings and presents it in an unorthodox fashion. This painting style was dominant at the beginning of the twentieth century.

Art also tries to answer the question of how the art makes the observer feel, and abstract art has probably gone the furthest in that aspect, experimenting with splattering various colors or with blocks of solid color, textures, and nuances which are combined skillfully, making it easy to immerse ourselves.

This style became popular in the second half of the nineteenth and the beginning of the twentieth century. It marked the shift from traditional methods; artists were no longer bound by conventional norms and were free to explore. Most of the creative process revolved around the artists’ introspection.

Cubism is an avant-garde movement from the beginning of the twentieth century, which was popularized by artists like Picasso and Braque. It is characterized primarily by reducing natural figures to geometric shapes, giving off a very unusual appearance, which was groundbreaking in the world of art at the time.